This is part 16 of a series on my trip to Austria, Germany and China.

When I planned this trip, seeing Shanghai was definitely one of my highlights.  Living in Miami the last 8 years has made me love port cities.  There is just something about the water next to the skyline that is incredible. 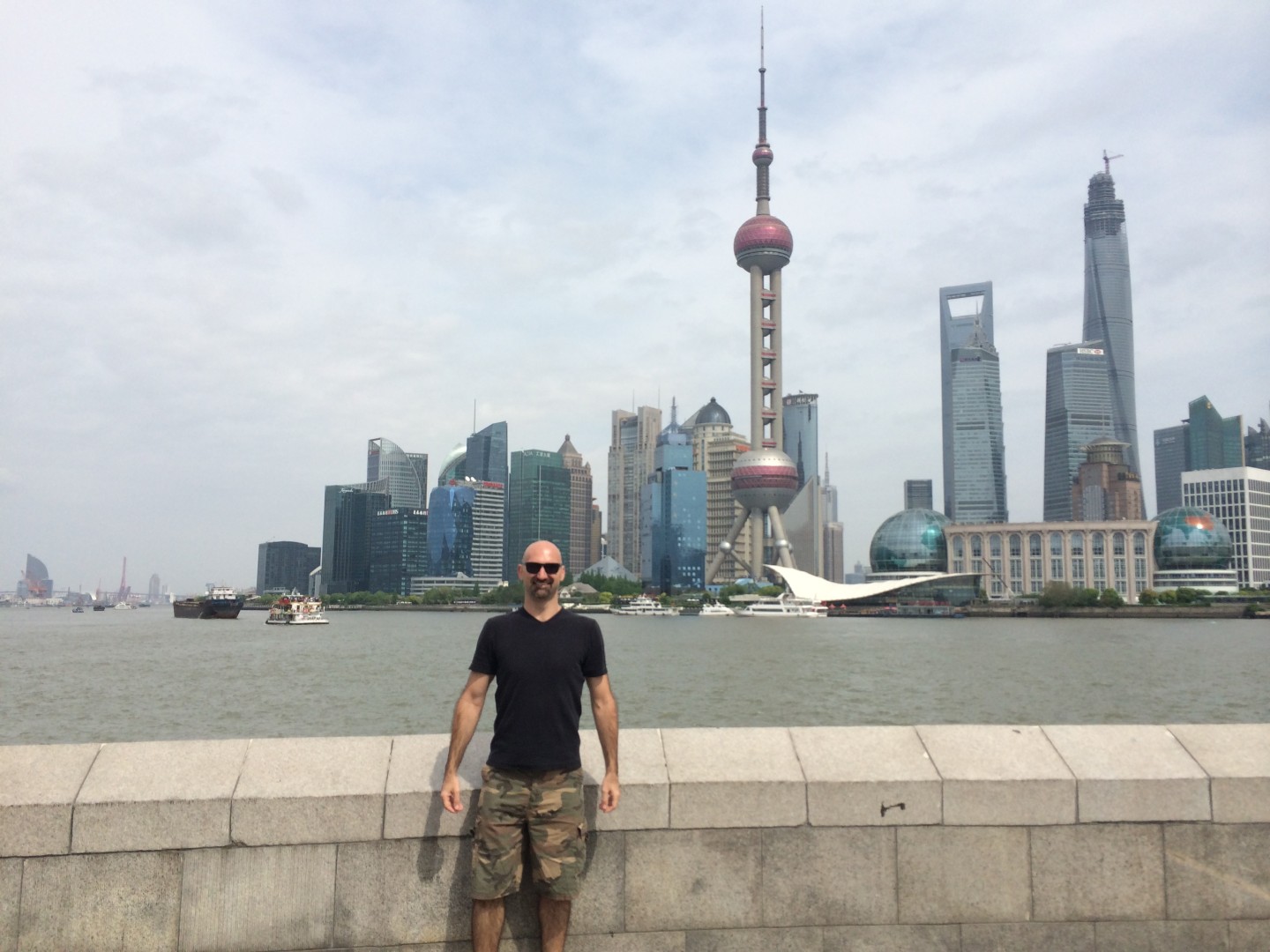 Shanghai is a city split by the Huangpu River, that separates the new city seen above from the old city built up in the 1920’s called the Bund. 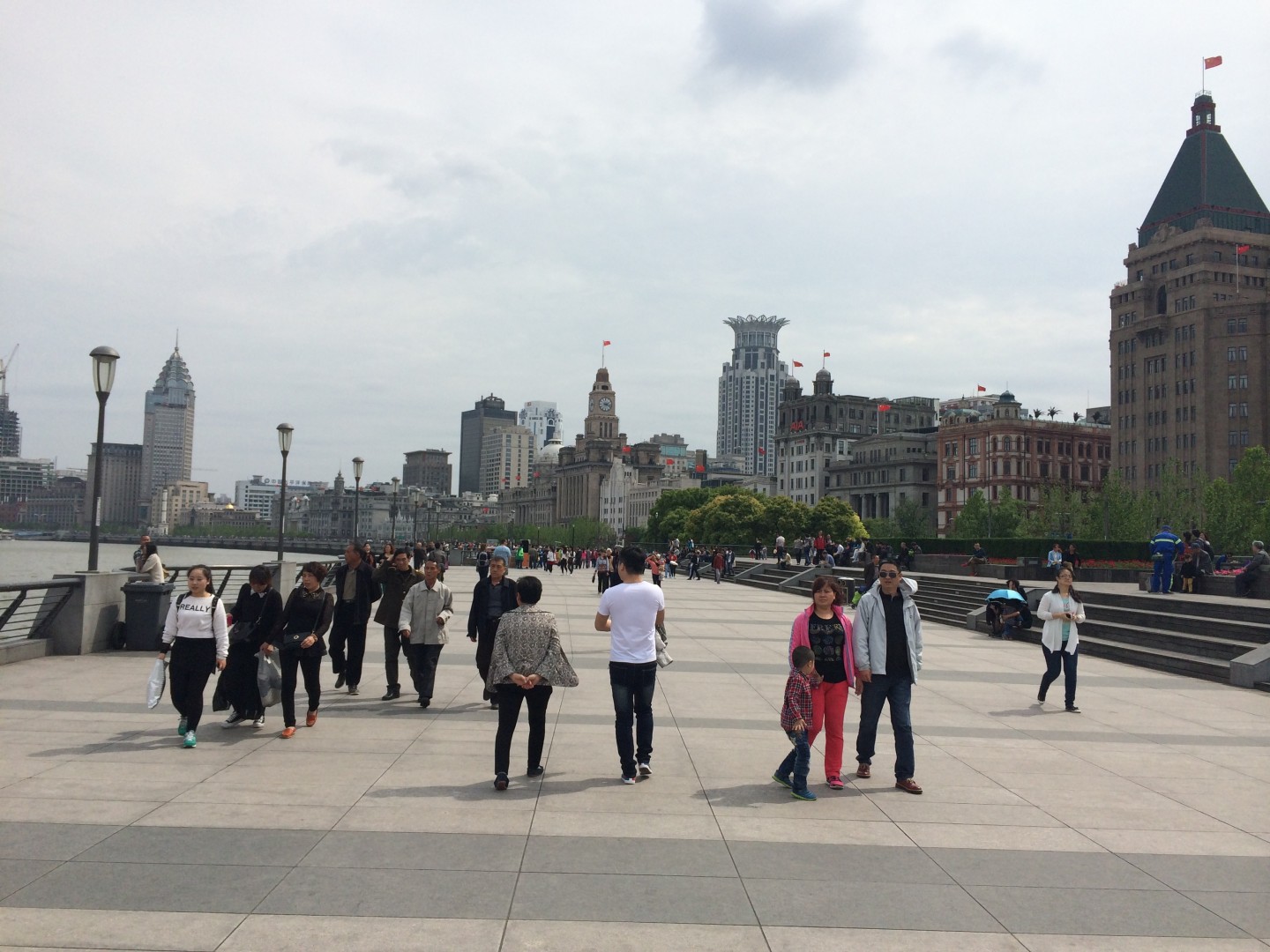 Of course old is relative because Shanghai is a pretty young city as far as China goes.  Xi’an and Beijing both have histories of thousands of years while Shanghai really only came into its own after 1842 and then again in 1927 when the government made it the capital.

On a recommendation from my awesome World Travel Guide App (one of the ones from my 11 Must Have Travel Apps article) I took the ferry for about 10 cents from one side of the Huangpu River to the other, from the old bund section to the new city area.

Here is a shot of the Bund area from the ferry which was the site of big western business during the 20’s before the Communist revolution. 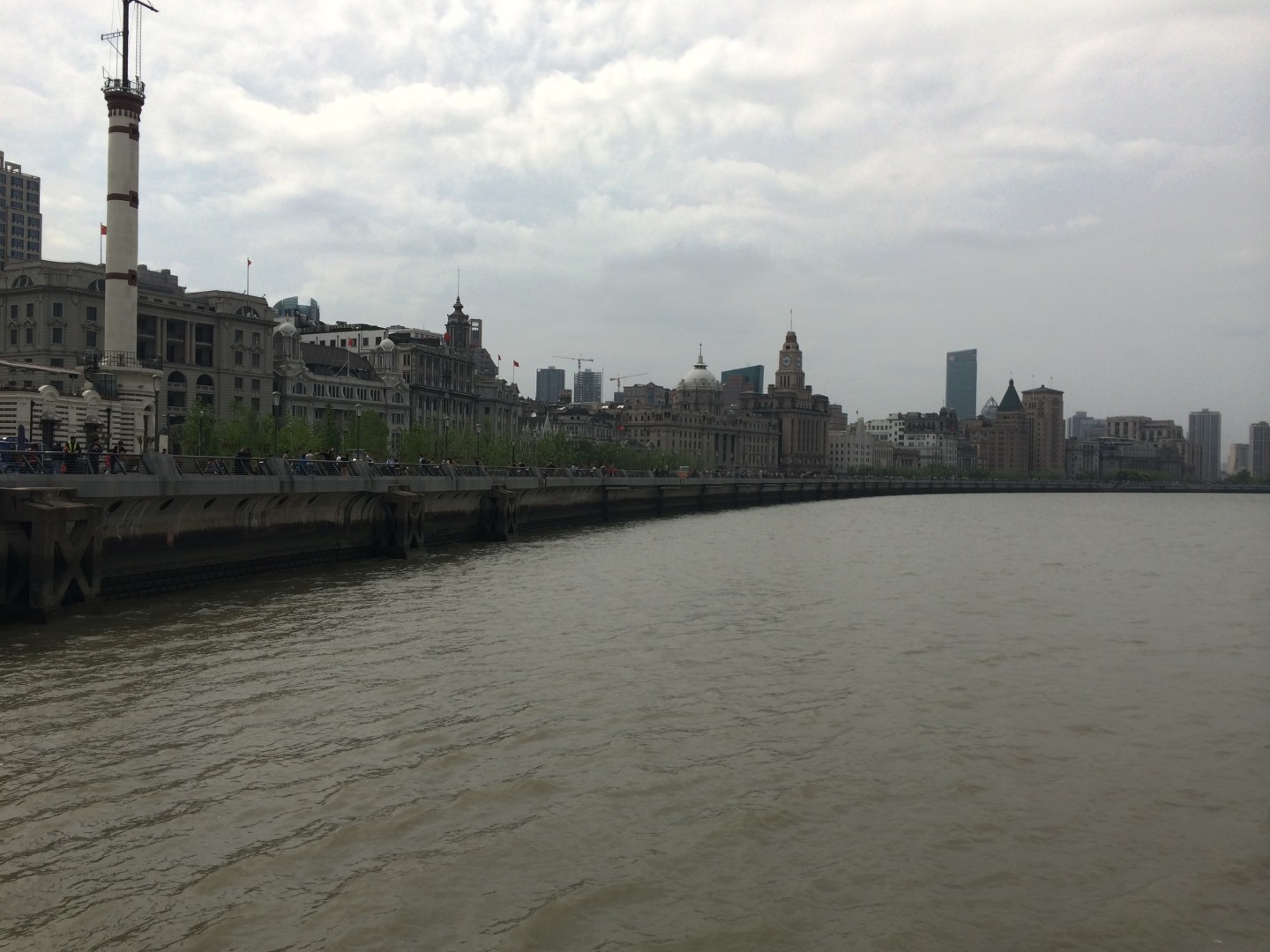 As I reached the new city area of Pudong, I saw the new Shanghai Tower under construction which will be the tallest building in China when it is completed and looks great! 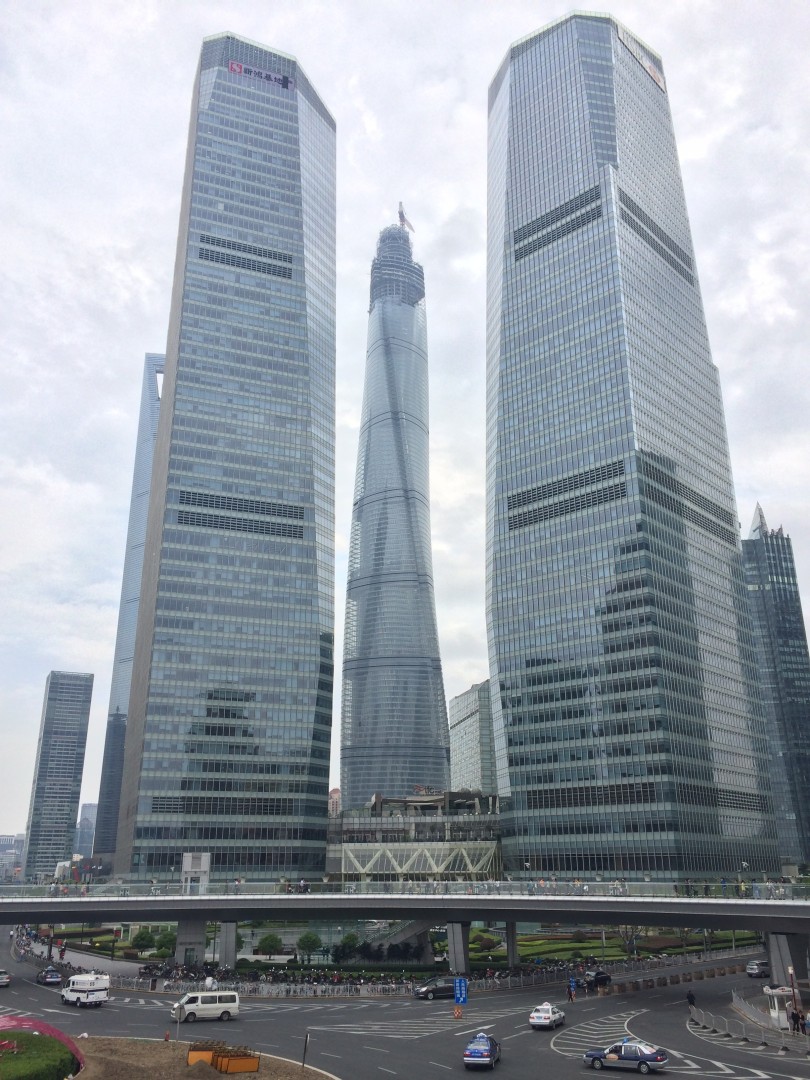 People who know me know I am a big time Apple fan so I was excited to see the iconic Apple Store at the IFC Mall in Shanghai.  Glass stairs go down into the store below the surface. 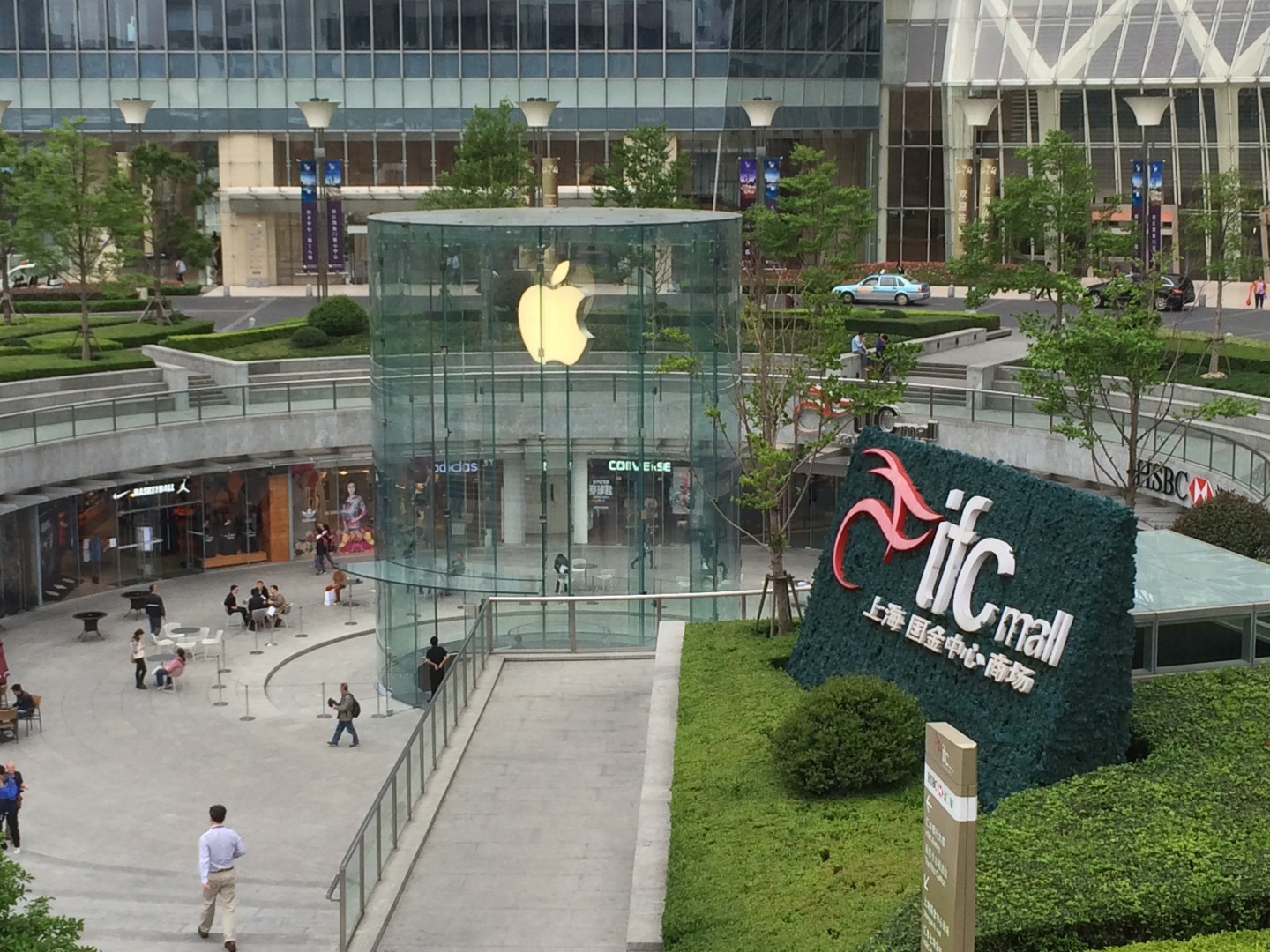 After that I had to check out the Oriental Pearl Tower which is the easy way to recognize the Shanghai skyline. 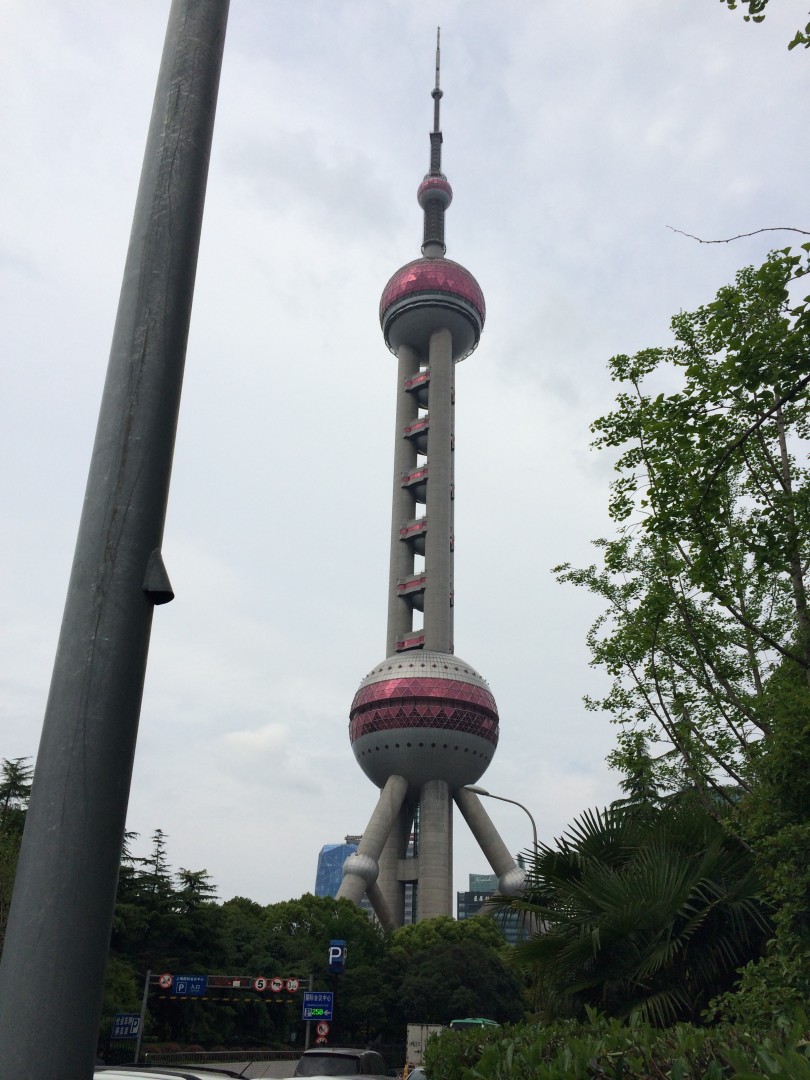 Once inside, you got to take this elevator up to the top which looks like a rocket launch silo. 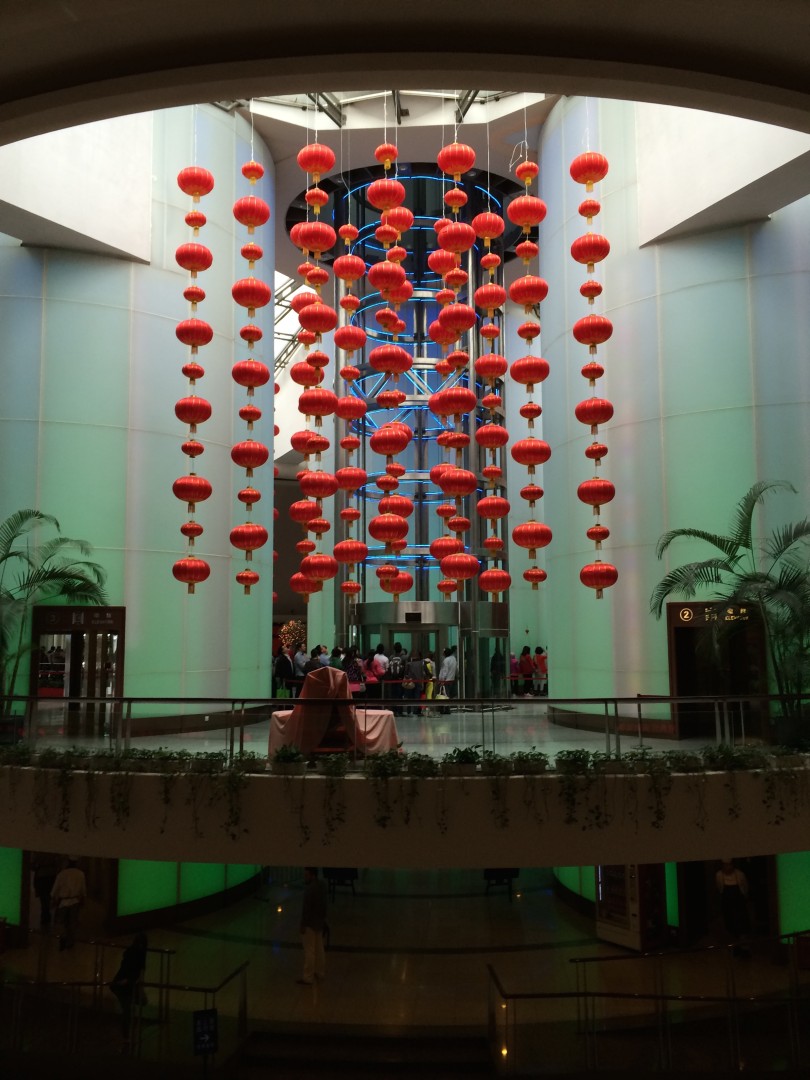 The first stop was the first Orb where I got a great shot of the beautiful circular design of this major overpass right near the tower and the IFC Mall.  Why can’t we do more beautiful design like this in the US? You can see the Apple Store again from here. 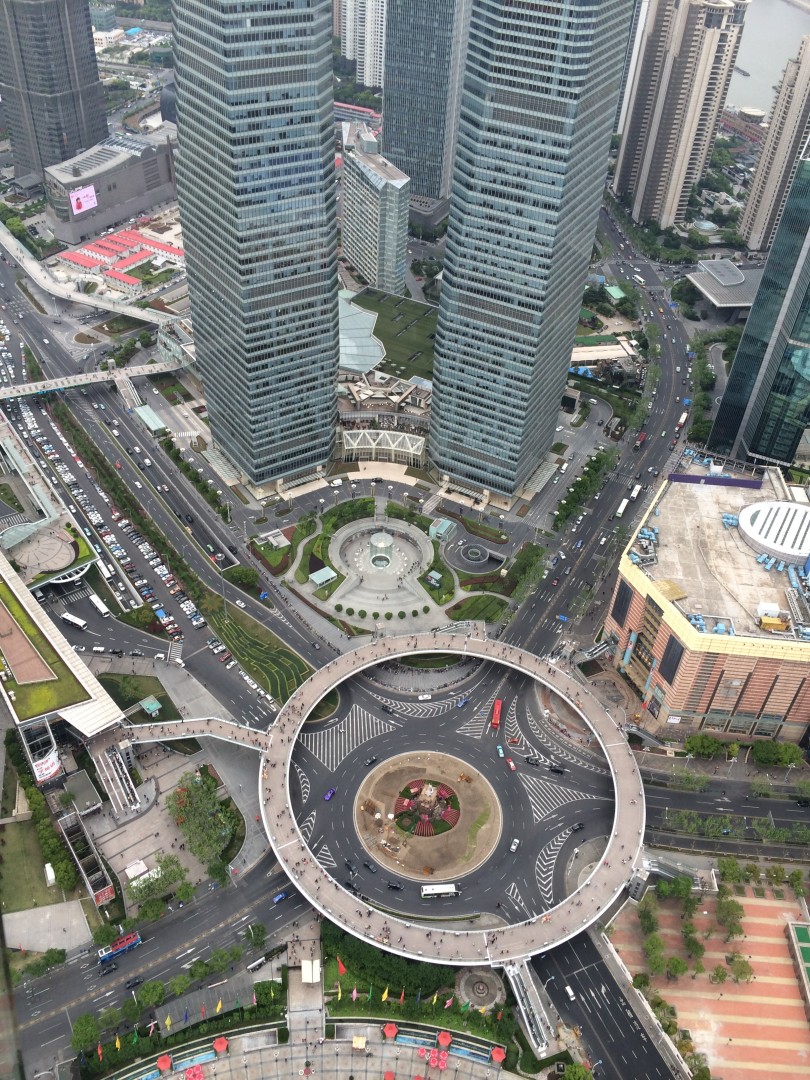 After I ascended to the upper Orb, I was able to get a great shot of the Bund area across the River. 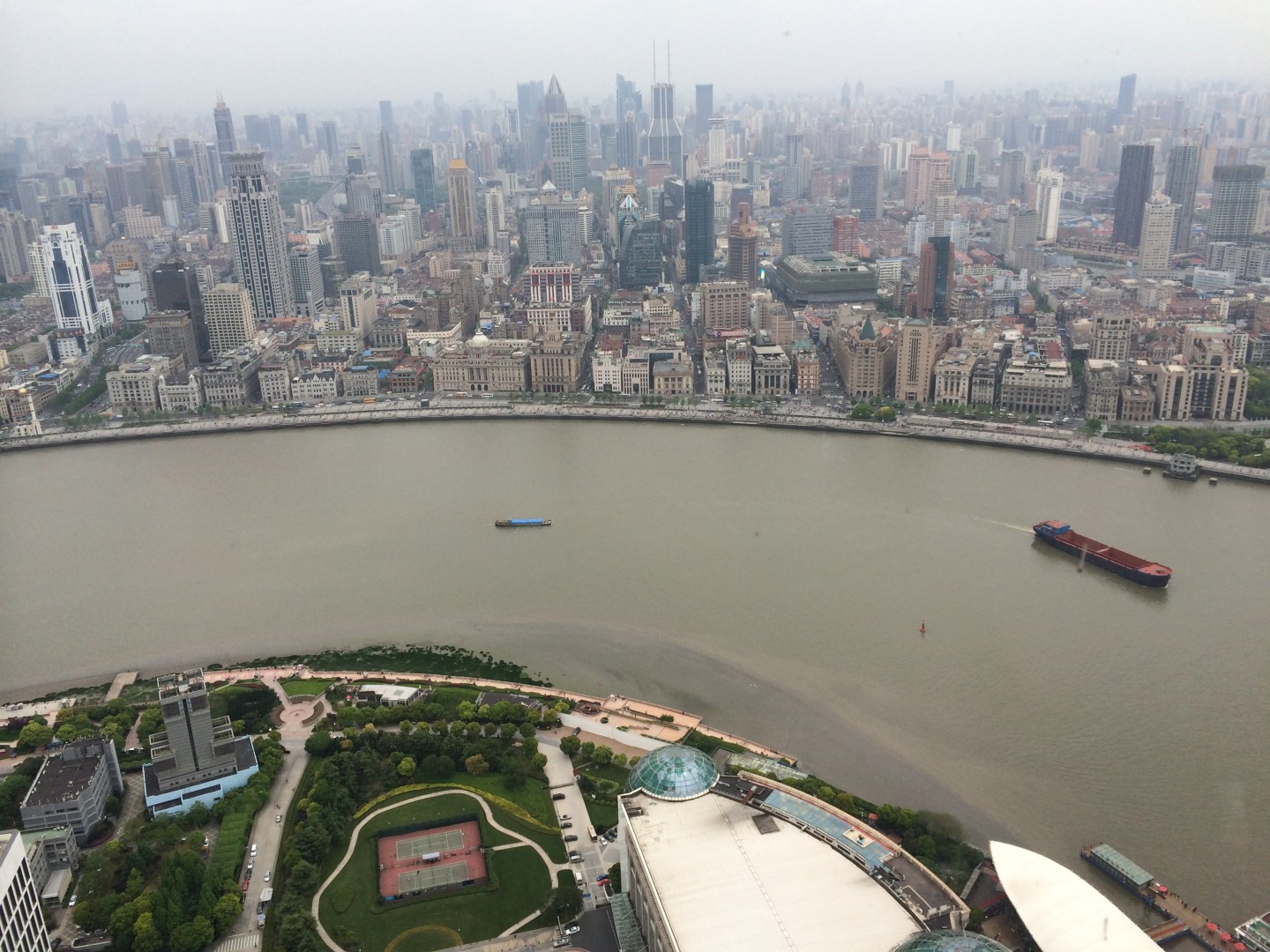 It is a LOOONG way down and the glass floors don’t help! 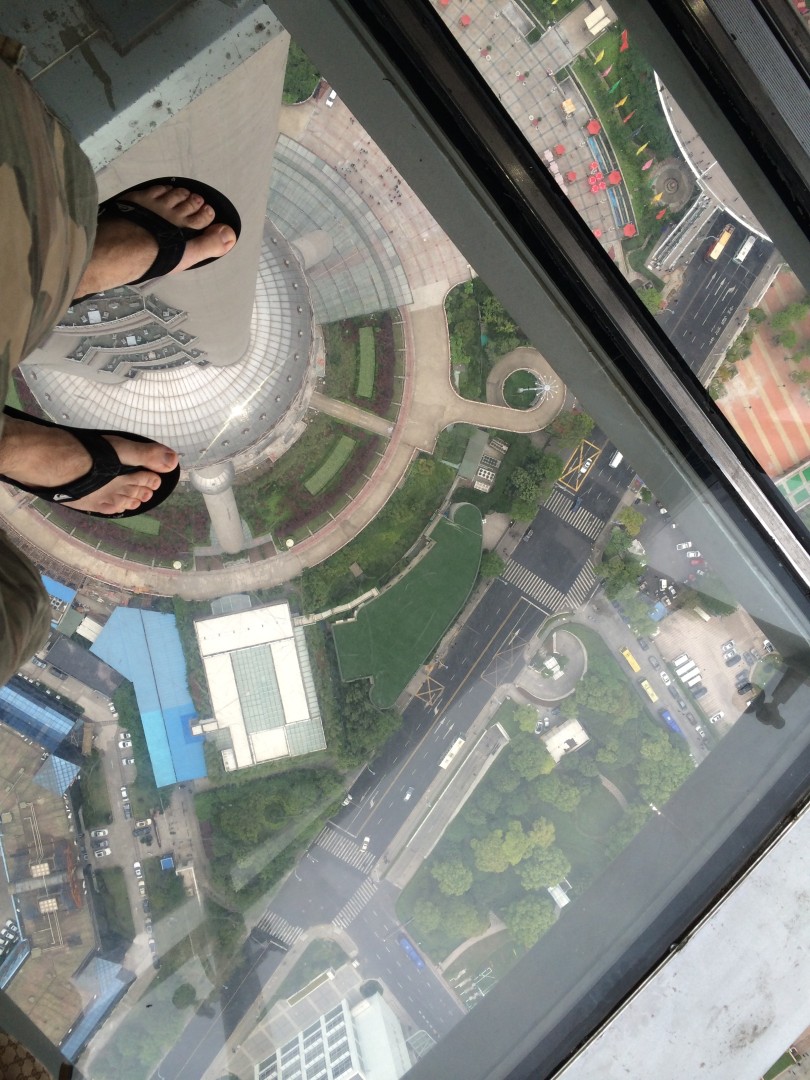 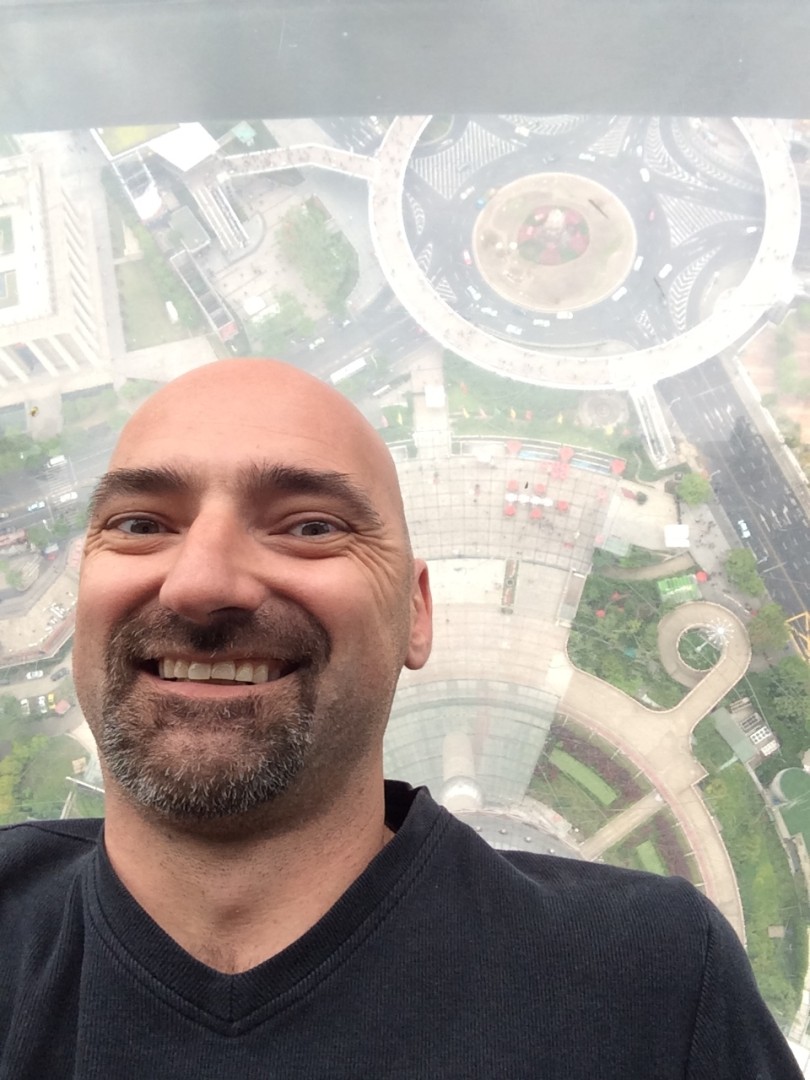 The museum at the base of the tower is also recommended and I enjoyed the background on Shanghai history it gave me.

You never know what you are going to find in China, such as a video screen built into a urinal! Talk about captive market advertising! 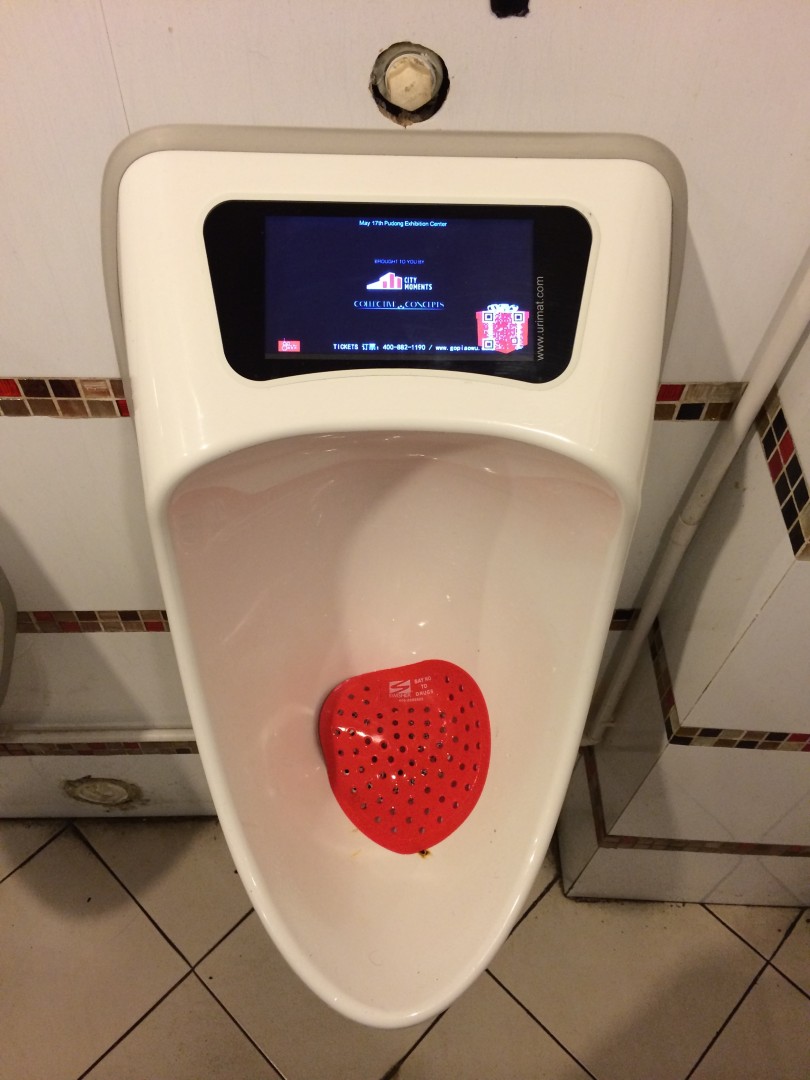 I took a walk down Nanjing road and took this video.

I also randomly ran into this when I was out exploring which I liked. 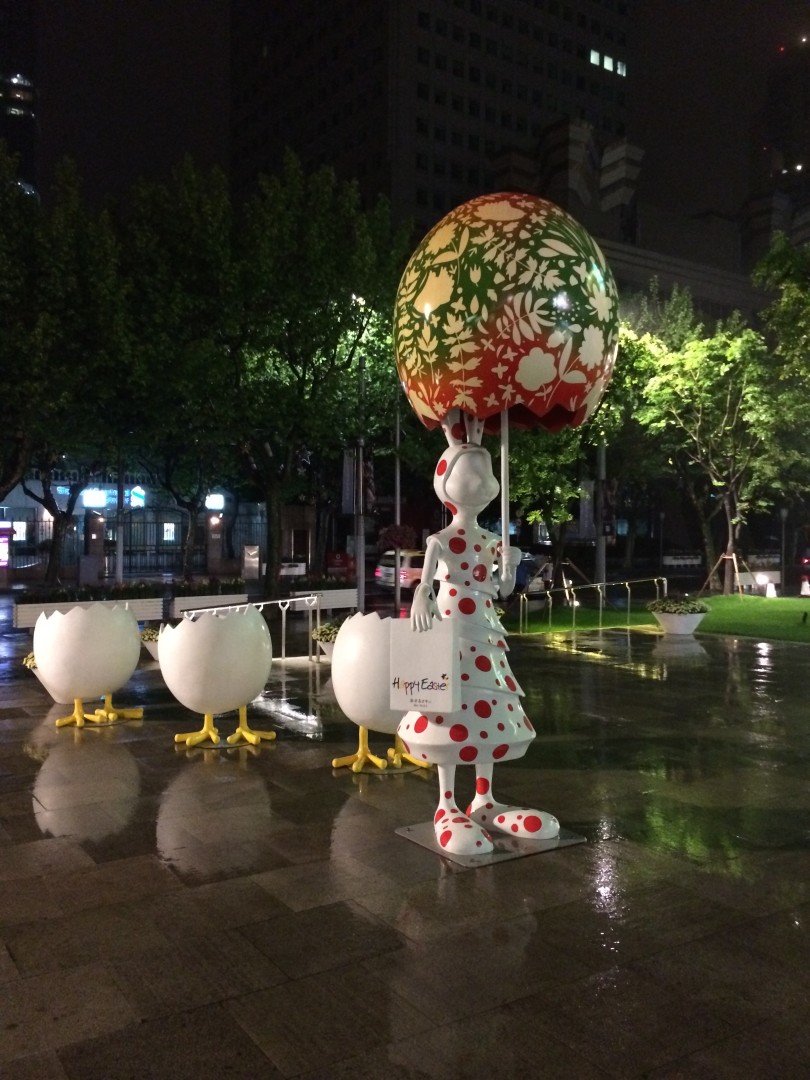 The next day I went to check out the Yuyuan Gardens area and ran into Bixi! 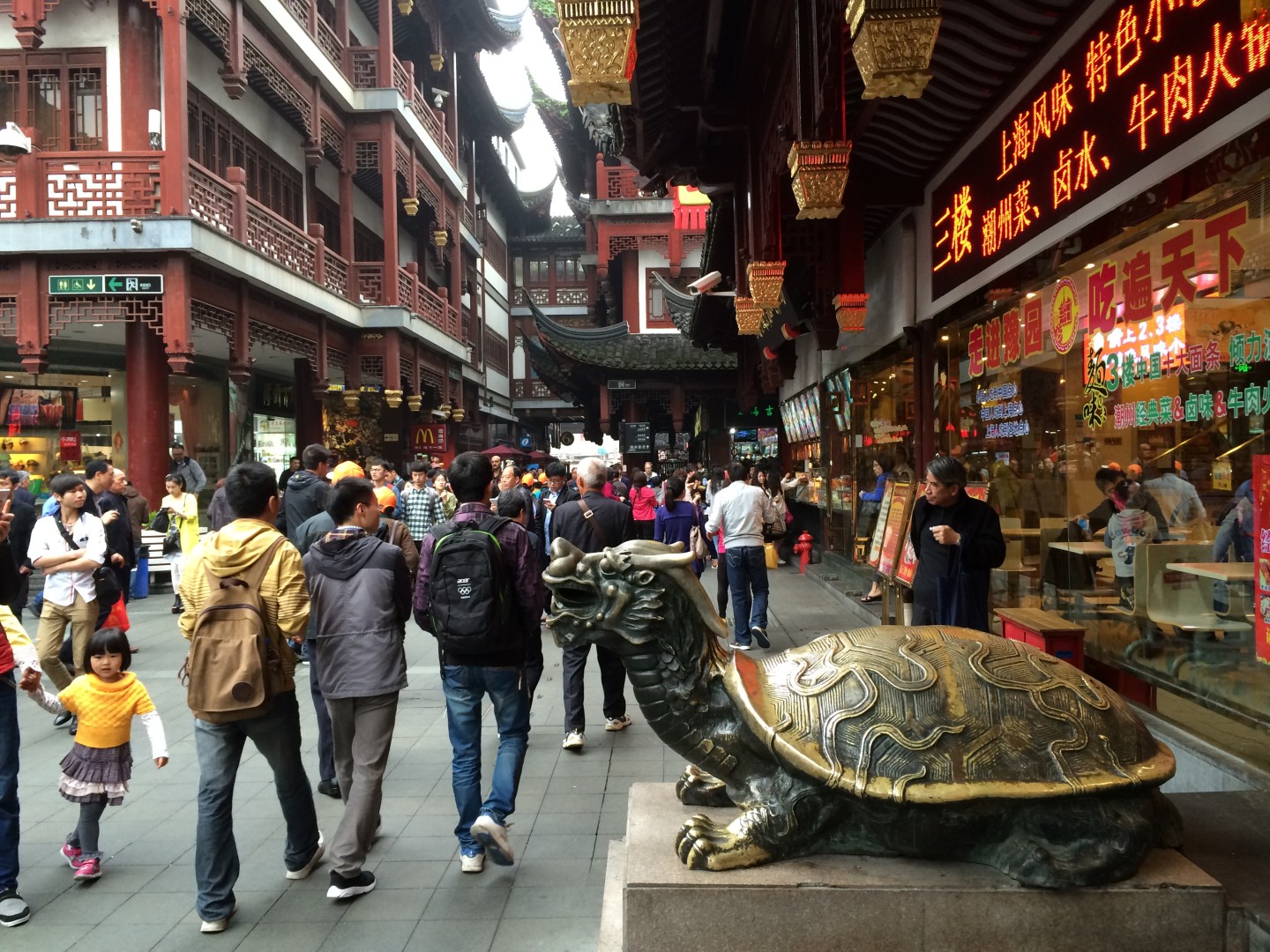 There was a temple here I checked out as well.

The gardens themselves were gorgeous with koi ponds, neat bridges and eye candy everywhere. 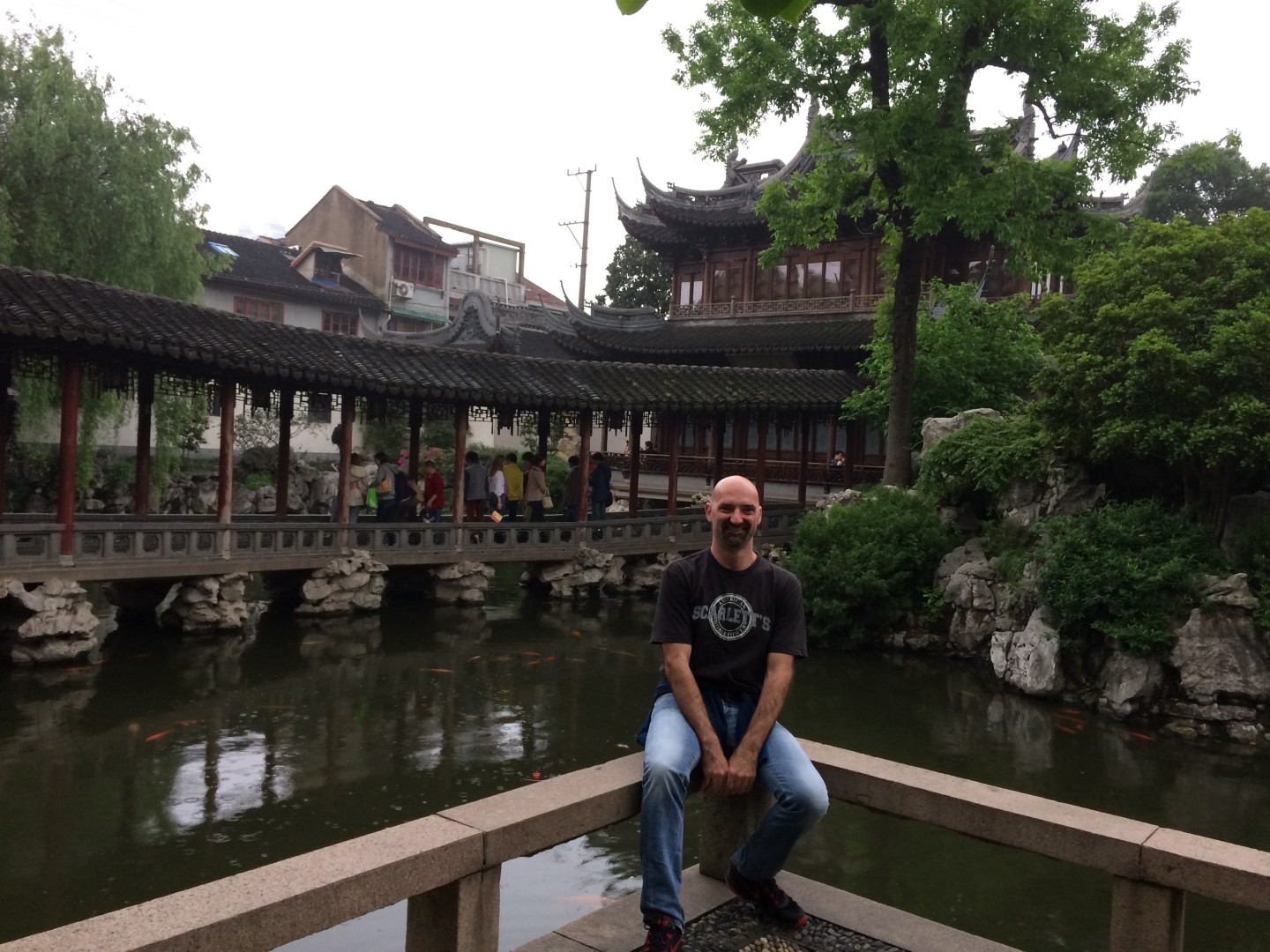 Once outside, I saw the famous Bridge of Nine Turnings and took my photo op. 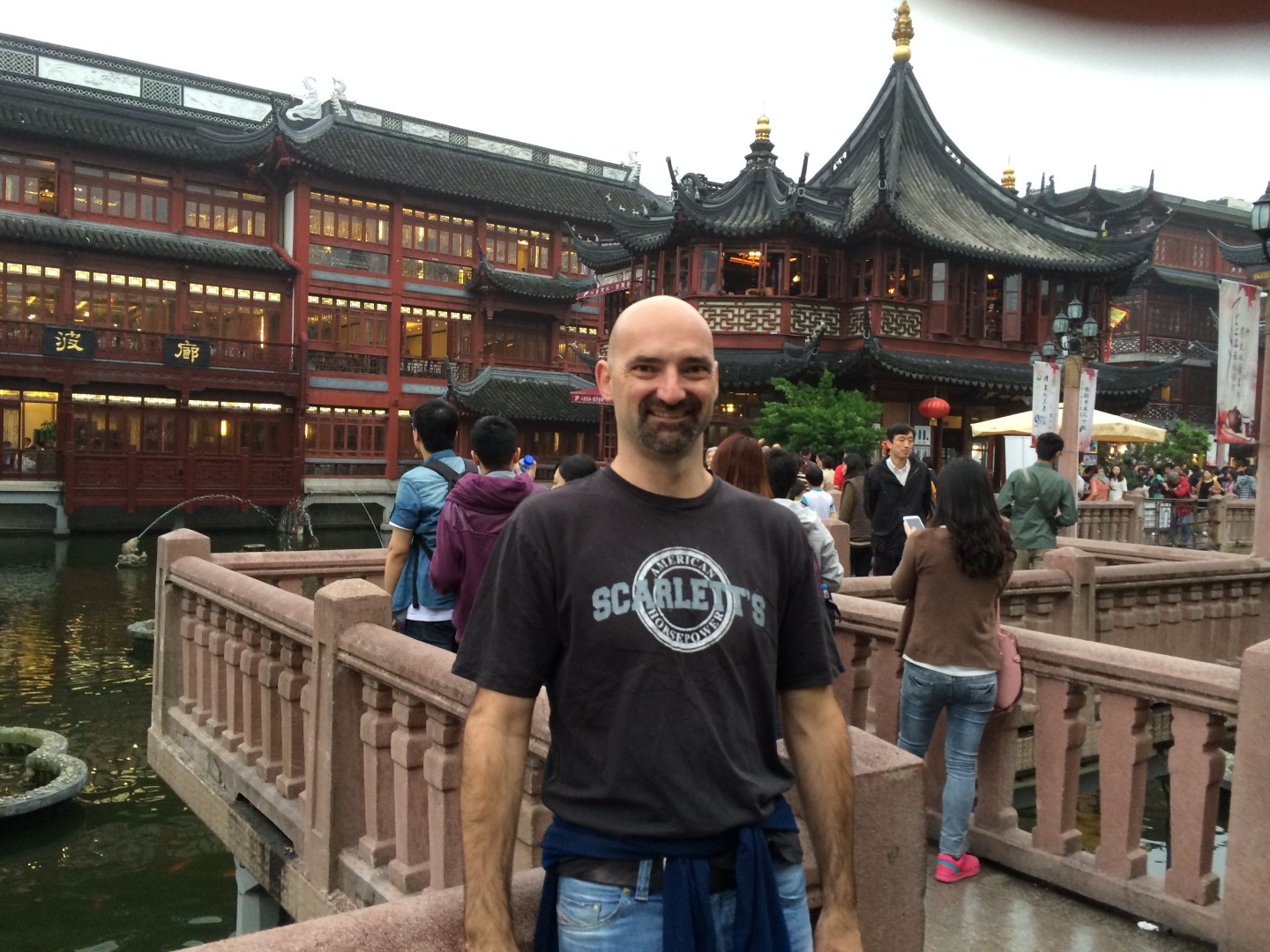 That night I made it back to The Bund to see the city lights and I am so glad I did!  What an amazing sight!  I’m not big on selfies, but this one had to happen! 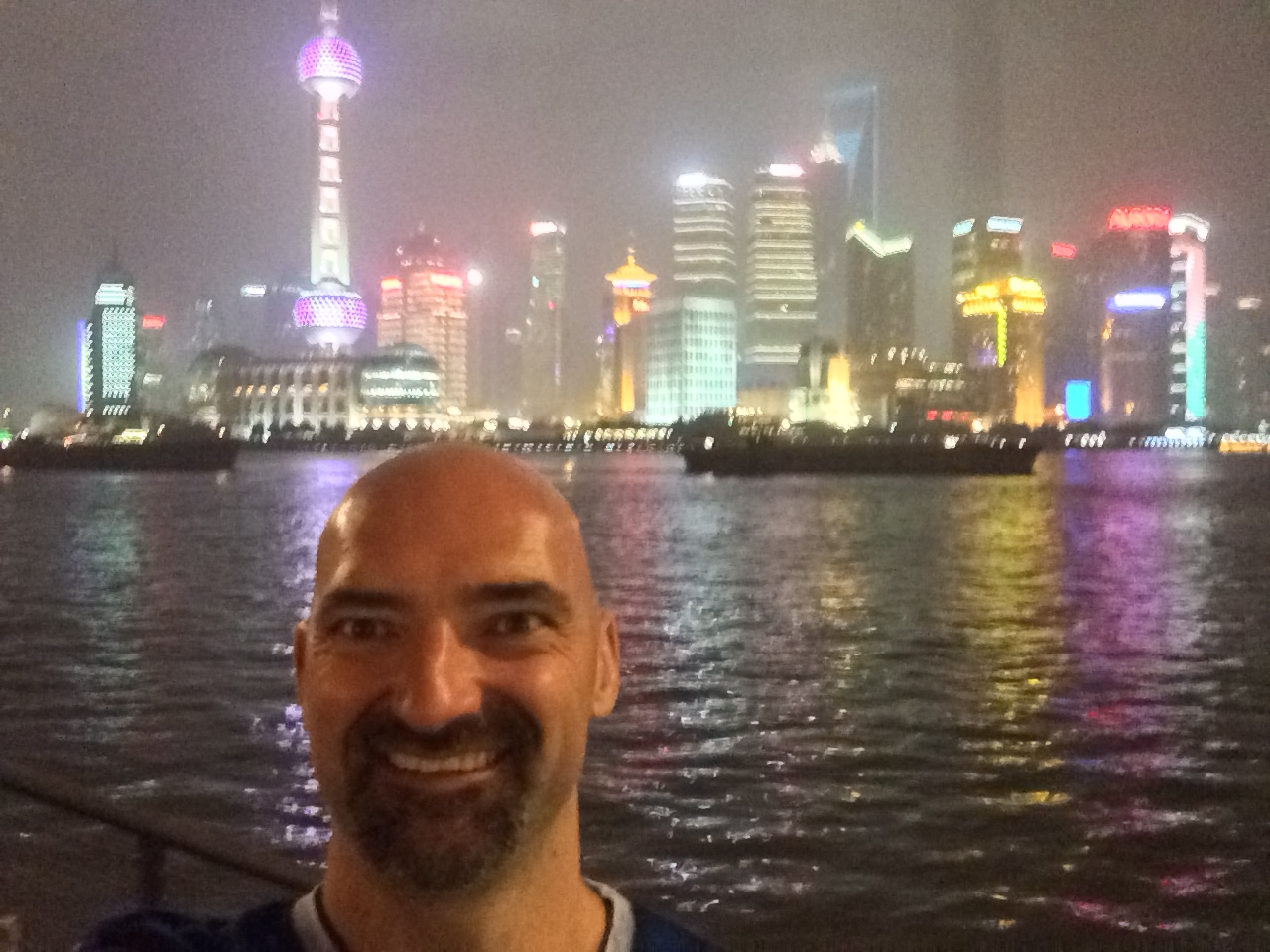 Shanghai definitely lived up to my expectations and I can’t wait to go back!

The next day I took the high speed train back to Beijing where I had another night before my flight left to see what I had missed the first time around.