One thing about the frequent flyer game is it is constantly changing.  Delta yesterday announced changes to the way you earn miles when you fly effective January 1, 2015. While these changes have been anticipated for a while, they are generally quite negative for regular leisure consumers compared to the system currently in place.

If you have read our Frequent Flyer Miles for Beginners article, you know that you are typically given one mile per mile flown in the air.  So if you fly from Miami to New York one way you will get approximately 1000 miles.  This number is then applied multipliers if you have certain status levels with the airline or if they are having a promotion.  This means that if you paid $100 or $1000 for that ticket you will still only get 1000 miles.

Delta is changing their earning criteria to a revenue based system where you get a fixed number of miles that varies depending on your status with the airline and a bonus if you use their cobranded credit card.  Here is the chart they released with the changes summarized. 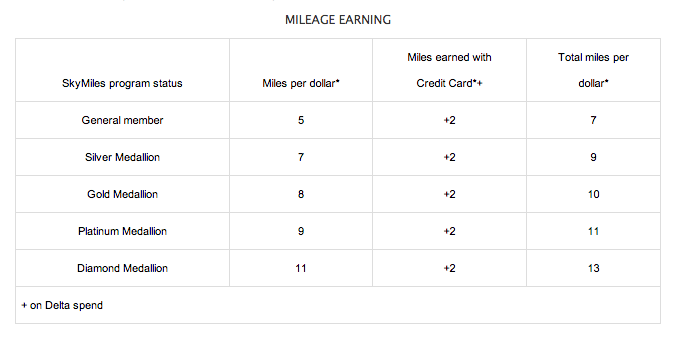 Example of the New System vs. the Old System

I’m going to use an extreme, but very common, example to show how much worse this system is than the current for most of us.  If I want to visit my friend Erik in Los Angeles from Miami, I can usually find a plane ticket for $250-300.  This trip if I have a non stop is 4684 miles. It would be even more miles if I had a connection on the way there or back. 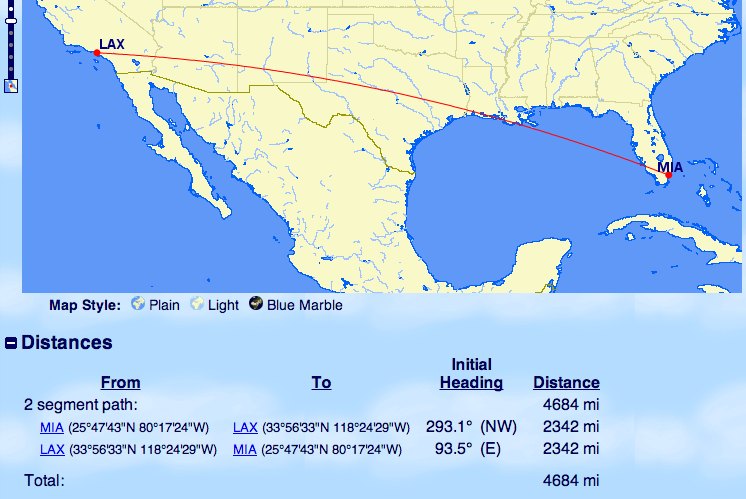 Under the old system with no special status with Delta or credit card I would earn 4684 miles that I could then redeem for free flights at a future date.  Under the new system I would get $250 X 5 = 1250 Miles.  That is less than 1/4 as many miles!

This system is revenue based so obviously rewards people who spend a lot of money on their flights.  So business travelers whose company is footing the bill or people who pay a lot for last minute tickets will fare better.  But even if you pay $650 for the same MIA-LAX ticket like some business minute or last minute travel might require, you still only earn 3250 miles now, much worse than before.

Let’s look at the case for their top tier Diamond Medallion Members that also have their credit card and earn 13 Miles per Dollar spent which should be their most desired customers.  If you bought the cheap $250 ticket, you would $250 X 13 = 3250 and if you bought the expensive $650 ticket because your company was paying for it 8450.  But under the current system Diamond members get a 125% mileage bonus so you would earn 10539 Miles for either flight!

This is negative for almost all Delta customers who earn miles by flying as I have shown.  They have promised a new award chart (which will probably go up in price again) and the availability of one way award redemptions (probably the only positive thing mentioned). For people like me who earn miles via online shopping or credit card signups though this really doesn’t effect anything.  My recommendation if you pay for airline tickets would be to run the numbers for your ticket and compare how many miles you would get each, but most likely book with a different carrier than Delta.  American and United will both give you significantly more miles than Delta unless you are paying a really high price for your tickets (and maybe even in that case).